Miranda from The Fashioneur gave me a quick shout-out in her coverage of Austin Fashion Week 2012. Click the link below to check it out! (Scroll down near the bottom.) 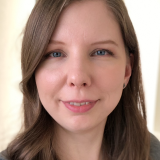 Owner of Femailler, Deborah is a classically trained bench jeweler, and a self taught chainmailler. Deborah makes each piece by hand in her home studio in Austin, TX.

Chery Bemis of Fashionably Austin wrote a wonderful piece about my participation in JTV's Rock Star Designer competition.  Check it out here!

Deborah in The Business Journals

JTV became the first home shopping network to broadcast a reality show, and I'm so glad that I had the opportunity to be involved!